WE DON'T DO OUR ROCKIN' IN CHAIRS.

We are a group of retired guys who are having fun entertaining and playing the music of our youth. Three of us are Vietnam Veterans and we support patriotic programs. GOD BLESS AMERICA

Gene’s musical adventure started at age 7 with the accordion in his hometown of Detroit -- Motown!   He moved on to the sax and guitar in high school.   He  joined the very popular band, The Trade Winds, which played in the top venues around Detroit  and occasionlly backed Mitch Ryder.  Relocating  to Delaware, he was a founding member  of The Short Term Memories with Rick Holmes and Ron Wilson.  He can be heard playing guitar, keyboard and vocals. Gene is a Realtor at Keller Williams Realty in Bethany Beach. 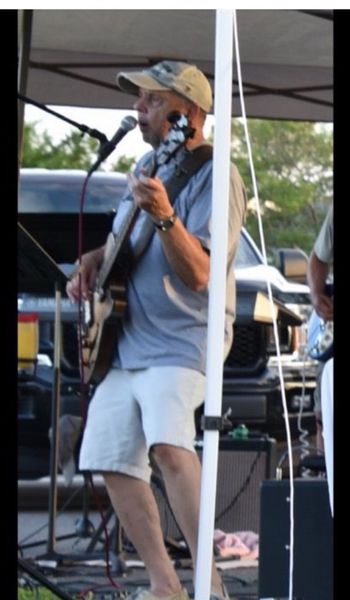 Rick originally from suburban Philly, attended Widener University on a Pole Vaulting Scholarship, after which he joined the Marine Corps serving in combat in Vietnam.

In his early years he played the trumpet and started on guitar. Music was always a big part of his life and self taught on guitar about 8 years ago playing with friends. He was a founding member of The Short Term Memories with Ron Wilson and Gene Cousens.

One of the Original Members that has returned to The Short Term Memories. From the Annapolis area, Singer, song writer, and rhythm guitar. Tom has played in several bands in the Baltimore area. Recorded a song in 1984 that received play on the local radio. Tom served in the Army in Vietnam as a door gunner in a Medievac helicopter in 71 and 72.

Irv started playing bass in 1981. His work includes studio recordings and live performances in the Washington DC area playing serval different genres in some of the most popular spots. Irv now shares his talents here in the beach areas with two bands and is a valuable member of The Short Term Memories.